These two very basic, yet very important questions seem like the perfect place to start our Blue Ridge Brains conversations. At the end, there's a keepsake PDF for you to download for easy reference.

a group of people with different types of brains and minds

(ND) a person whose brain or mind that diverges (or differs) from the dominant societal standards of "typical"; not neurotypical
includes differences in learning, communicating, interpreting, processing, feeling, etc.

(NT) a person whose brain or mind that falls within the dominant societal standards of "typical" or "common"; not neurodivergent
includes more common experiences in learning, communicating, interpreting, processing, feeling, etc.

Remember, all neurotypes are valid and valued.

Neither neurotypical or neurodivergent is better or worse. They're simply different.

Avoid language around the word "normal." Aim for common/less common, for example.

Neurotypical refers to most common, not most normal.

Neurodivergent refers to less common, not abnormal / not normal.

The philosophy of neurodiversity, which includes:

1.) Neurodiversity is a natural and valuable form of human diversity.

The Neurodiversity Movement champions the fact that people experience and interact with the world around them in many different ways. There's no one "right" way of thinking, learning, and behaving. Differences are not viewed as deficits.

The neurodiversity paradigm is a way to understand the world and diversity while the neurodiversity movement is a social and political movement which aims to end the marginalisation of neurodivergent people.⁣⁣ — Sonny Jane Wise, Lived Experience Educator

A little history on the language

"Neurodiversity" was coined and created by Judy Singer, an Australian sociologist in the late 1990s.

"Neurodivergent" was coined and created by Kassiane Asasumasu, a multiply neurodivergent activist in 2000.

Download the quick-reference glossary as a PDF here (no email required): 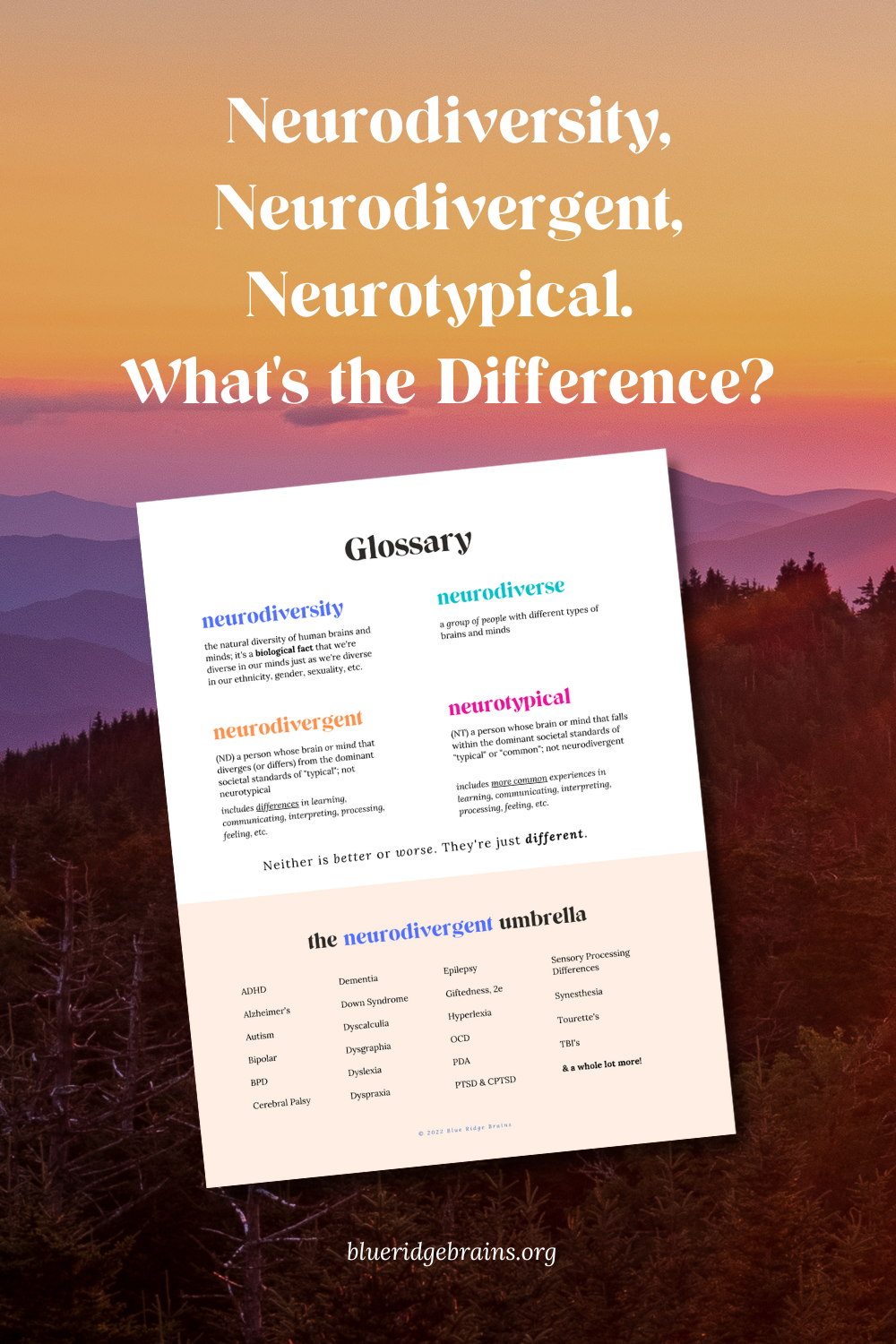 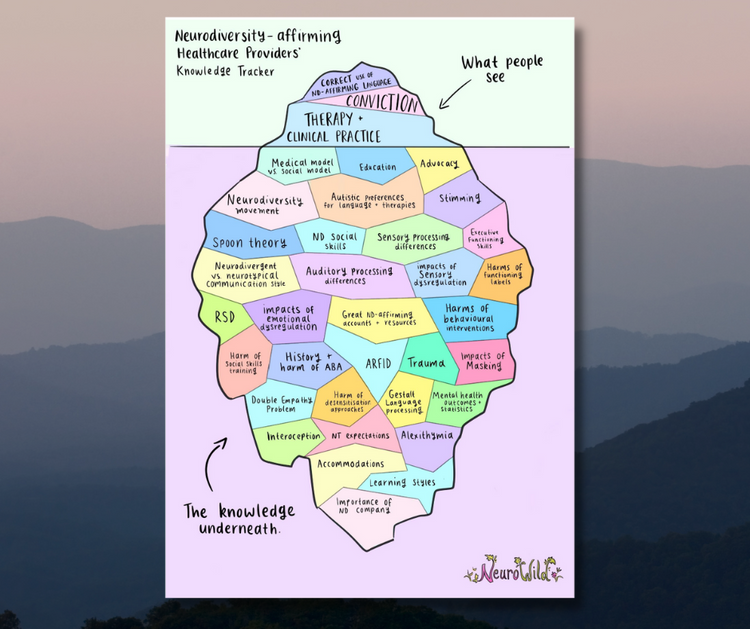 Adding this little teaser here just to give the full website some body for the vision Blue Ridge Brains is casting.
Nov 1, 2022
1 min read